“We are grateful that our work has been recognized by these industry-leading publications,” Atlanta Hawks and State Farm Arena’s Executive Vice President of Arena Programming Trey Feazell said. “As we enter 2022, we are thrilled by the numerous shows that we have already scheduled and excited to continue working with various tours to bring the biggest acts in entertainment to Atlanta.”

Pollstar recently released its “2021 Year End Special Issue: The Great Return” in which the publication ranked different venues and more in the first full year of concerts and entertainment since the beginning of the pandemic. State Farm Arena ranked fifth (242,304) in worldwide ticket sales in 2021. The award-winning arena also ranked seventh in the publication’s “Top 20 Arenas: Ranked by Gross.”

Notable tours already scheduled to make stops at State Farm Arena during the first half of 2022 include:

♦ Billie Eilish’s “Happier Than Ever, The World Tour” on Feb. 5

♦ New Edition’s “The Culture Tour with Charlie Wilson and Special Guests” on Feb. 20

In 2021, State Farm Arena hosted a variety of events, including the 2021 NBA All-Star Game on March 7, as well as tours from popular artists such as Kane Brown, Enrique Iglesias, Ricky Martin and Harry Styles. In 2020, the award-winning arena was named Pollstar’s Best New Venue. For more information on events at State Farm Arena and to purchase tickets, visit StateFarmArena.com. 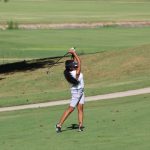